Mizuno M1 18-1 are all of the above.  This past weekend at the Girls Winter Championships in Chicago, they earned their first open bid at the 18s level for the first time in ten years.

Lakeville North Senior, Elizabeth Juhnke, the South Dakota commit talked about the mindset going into the match against Michio Chicago, where a victory would send them to the gold pool on Sunday and clinch an open bid (the chance to compete at nationals in Dallas in April which is the highest level of competition at the national level).

“Before the game we talked about how this was like our championship match.  We win this match, we get the bid. Collectively we were so engaged and we were so confident in our game.  We didn’t worry about doing too much. We really focused on our side, not letting the ball hit the floor, it was so fun!”

Huge Congrats to Mizuno M1 181 on their Final 4 Finish in 18 Open at Windy City 18s Nat’l Qualifier. The 181s received an OPEN Level Bid for the 2019 USAV Jr Nat’l Championships held in Dallas this April. We are very proud of the players and coaches @MizunoVolleyNA #m1vb pic.twitter.com/TmKSQ9C2Q3

With competition starting Saturday morning at McCormick Hall in Chicago, Mizuno M1 18-1 wasn’t even seeded to make it out of their pool on the opening day with the 9th overall seed coming into the event.  After defeating Uno out of the Chicago area on Day 1 and then Michigan Elite and Michio Chicago on Day 2 they sealed the deal.

Ella Haugen from Edina High School is having a Senior year to remember, being a part of Edina’s first ever state tournament appearance and now on a team who is doing something has never been done in ten years.

“Both of these has been huge milestones, very comparable, feelings you’ll never forget.”

Having an early bid is nice, the pressure is off, but for Mizuno M1 18-1 that doesn’t change the outlook on the rest of the season.

“This doesn’t change anything, if anything it motivates them more and makes them hungrier.  We’re trying to get better everyday in the gym. Finding out inefficiencies we are continuing to improve and always get better,” said coach Jamie Suapaia.

The term “All Around” is consistently used among this team because in order for them to be successful at a high level it takes a well balanced attack and clean volleyball.

Alena Molden of Lakeville South and committed to play at  New Mexico said , “We have bonded a lot off the court which has helped us on the court.  We are strong all around, we don’t have any weak spots.”

Juhnke echoed much of the same as Molden, “Our all around game is something we are going to improve at.  There isn’t just one thing we really need to get better at, its honing in on the details, the little things, getting better as a whole, looking at it as little details and eventually it will continue to all come together.”

Watching this group practice there isn’t a one star, all around 6’6 front row attacker that is just physically imposing for other teams to defend.  They are all around strong and just don’t let the ball hit the floor. There are no players that have committed to power five schools, Juhnke is a highly decorated athlete with multiple honors at the state level going to an NCAA Tournament team in South Dakota and Molden will be going the University of New Mexico.  However, Grace Legris of Minneapolis Southwest will be going to Tufts University in the Boston area with others taking looks at Bowdoin in Maine and Emory in Atlanta. All are highly prestigious academic schools that are NCAA Division 3. With a near 15% acceptance rate, the average ACT score at these schools is anywhere from 31-34.

Love the energy of a gym. So fun to be at @Minnesota1VB tonight! pic.twitter.com/Ivmq8ODwOC

Not only are they all around athletes, but all around student athletes who are accustomed to working hard and being successful with transcripts most would dream of as well as honors that come outside of volleyball.

This bid not only speaks volumes for M1, but also volleyball in the state of Minnesota.  Northern Lights 18-1 was the 2018 17 Open Champions at USAV, MN Select earned a bid at the Northern Lights Qualifier, and finished second this past weekend in Chicago.

When a state has multiple clubs who are solid at all age levels it benefits everybody.

Heading into February, this group will continue to work on the details and improve on the small things, much like they would in the classroom.  The next big competition will be over Presidents Day in Las Vegas, one of the longest running Presidents Day tournaments in the country where they will compete is 18 Super Open against some of the top clubs in the West Coast.

Until then, it’s back to the gym, working on the details, what they can control on their side of the court, and getting just a little bit better each day.

Looking for a great way to prepare your team for Nationals or end your season on a high note? Look no further than the Prep Dig Gauntlet!

The Gauntlet will provide exposure and media coverage to players at all levels! 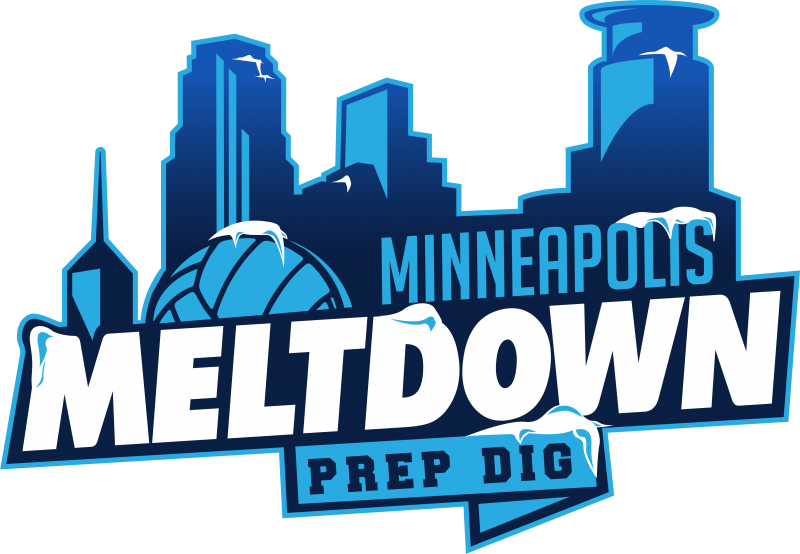