Club Alternatives: Growing the Game at All Levels 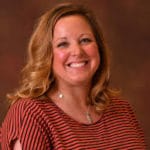 Nebraska is so fortunate to have so many great club options for student athletes to participate in throughout club season. There are higher level elite clubs and local clubs for girls to compete in. This broadens the opportunities for girls to continue to develop skills and have more game experiences. All of these in my opinion have raised the level of play in the state of Nebraska at all levels. I wanted to showcase some really great things currently happening that are club alternatives in Nebraska. This article is not intended to take away from club, but just to highlight some great ideas to continue to grow the game of volleyball in the area.

NBHTF (No Ball Hits the Floor) is a new off-season training put on by Minden Coach Levi Gorsuch and Doniphan-Trumbull Coach Gina Fitch. The 2-hour trainings began after basketball season was over and were held on Saturday mornings for 5 weeks. The sessions were open to current 8th through 11th grade players. Their vision for the future is to offer it to junior high girls in January and February.  They had three main reasons for the inspiration to start the new off-season training. The wanted to offer something different if the spring for volleyball players for respect of the basketball team and their season and offer an option for players who can’t commit the time and many required for the bigger club teams. It also gave an opportunity for those athletes that may not be at the skill level to make a club team the opportunity to improve her game as well. They both felt that offering a flexible, low-cost alternative was important to give everyone the option for off-season training. Heartland Winter League and NNV (Northeast Nebraska Volleyball) is also another option that K.C Belitz has going out of Columbus Lakeview. This is a chance for players again to train and play without the cost or time commitment to club. Winter League begins in January and runs 4 weeks for grades 7-12. NNV is also very similar and has teams from all over central and northeast Nebraska. This usually runs for 4 weeks as well and the tournaments are played at various sites in northeast Nebraska and is set up similar to club tournaments.

“Parents and coaches were excited to have an option to offer their players who were not playing for a club a change to train this spring,” Coach Fitch said. These trainings have really helped students in more rural areas and it is centrally located at Doniphan-Trubmbull High School. Both Fitch and Gorsuch have enjoyed seeing the girls come together and work on their game. Gina noted that is has been great to see the players have an option to do something in the offseason, who may have otherwise not had an option. She felt that it was great seeing the younger players put the time in the gym to work on their game and give them a head start on summer training and camps. Coach Belitz felt it has been very successful as well, as he has had full tournaments and has had positive feedback from coaches and players.

There are so many great things going on in the state of Nebraska for high school volleyball to help all skill levels. These opportunities continue to make Nebraska such a special place for volleyball through all classes and levels.