Several district runner-ups from the 2019 high school volleyball season are poised to contend for titles during the upcoming campaign. 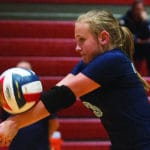 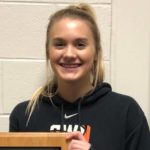