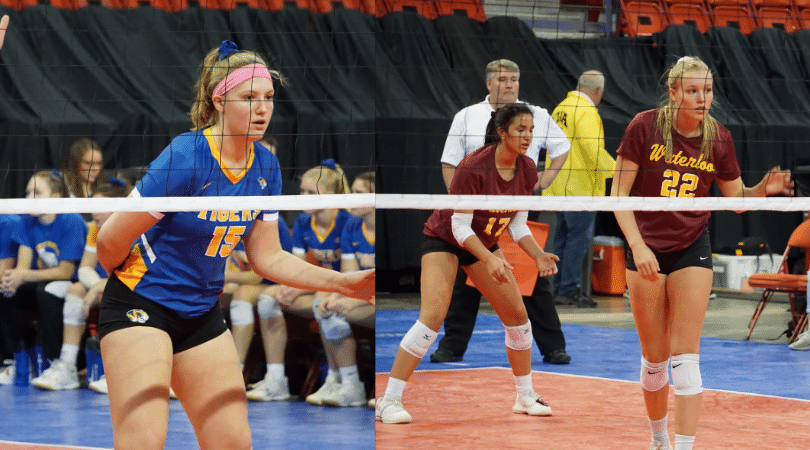 The Division 3 state tournament has been a crash course for two powers in the state of Wisconsin, regardless of class.  Waterloo and Howards Grove have multiple players who have already committed to play at the next level.  There is a mutual respect and familiarity of the two programs who many of the athletes play for FC Elite out of the Appleton area for club ball.  If the two can win their semifinal matches, they will meet in the finals for what will be quite the battle.

But, what makes them a little different than the rest of the field?

Howards Grove holds off Sauk Prairie 17-15 in the third pic.twitter.com/3T3iXatbvV

The Serve and Pass Game

The first way to score a point in volleyball is the serve, resulting in an ace, but even if there isn’t an ace, the other side of the net is scrambling and sending over a free ball which allows the offense increasing the chance of scoring significantly.  Howards Grove has 258 service aces on the year with Wisconsin Badger commit, Saige Damrow 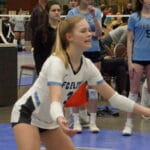 Saige Damrow 5'8" | DS/L Howards Grove | 2023 State WI leading the way with 56.  This is a result of being aggressive, keeping the serve hard and flat, and being extremely strategic with the placement of the serve depending on the matchup on the other side of the net.  Waterloo has 288 aces on the season with their Seniors leading the way with Joslyn Wolff 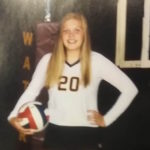 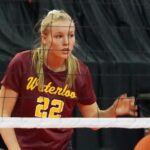 Brooke Mosher 5'11" | S Waterloo | 2021 State WI .  Wolf has 69 and Mosher has 65 which is nearly an ace per set.     These teams will spend a significant amount of time practicing this while also being able to serve and receive.  Coach Brett Damrow of Howards Grove trains extremely well in regards to proper platform technique in all of his athletes, but will focus on the details when it comes to serve receive.  Without a clean pass to the setter, it makes it extremely difficult to run an efficient offense. Howards Grove essentially has three liberos on their team with Senior, Mackenzie Holzwart 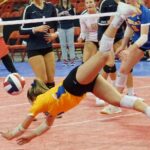 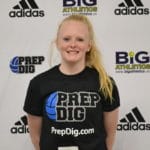 Karissa Kaminski 5'8" | DS/L Howards Grove | 2022 State WI , and Damrow who will head to Wisconsin as a libero recruit.  Waterloo has libero, Michaela Riege 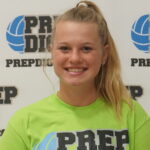 Michaela Riege 5'7" | DS/L Waterloo | 2022 State WI , but Mosher, an Illinois commit, is the best all around player in the state.  She will head to Illinois as a setter, but has been a primary passer and the top attacker for the Pirates.  Waterloo and Howards Grove - top teams in D3 going back and forth in set one. pic.twitter.com/HOrnmrBjYJ — Chris Fitzgerald (@PrepDigChris) September 20, 2019 Efficiency Both of these teams do not give up points.  They’ve played together as a core group for so long they just know who is taking what ball no matter what the situation is.  They also have the IQ to know when to go for the kill and when to get the ball over the net just to get another chance.  Plenty of times coaches will chart and monitor points earned versus points given away (hitting errors, service errors, etc).  These two teams do not give the other side very many points.  Compare it to a baseball or softball team where they don’t walk batters and they don’t make errors, in order to score, it will have to be earned.  Brooke Mosher

Brooke Mosher 5'11" | S Waterloo | 2021 State WI ...the last of the Mosher sisters entering her Senior year. Has been such a joy to watch her play and is such a role model for other athletes in the state! pic.twitter.com/0cDXGRc5zy — Chris Fitzgerald (@PrepDigChris) July 9, 2020 Firepower At each position, both squads have attackers who can put the ball away.  They aren’t relying on one player only.  Howards Grove has three setters they can work with in Emma Baierl 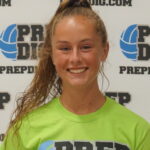 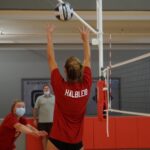 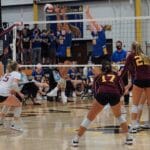 Mykah Roethel OH Howards Grove | 2022 State WI , and Maddy Near are others who can really put a ball down with authority.  For Waterloo, Brooke Mosher

Brooke Mosher 5'11" | S Waterloo | 2021 State WI is leading the team in attacking, but Wolf is another senior pin attacker with a heavy swing who can really change the game.  Rylee Duessler 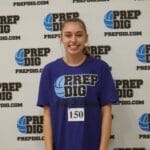 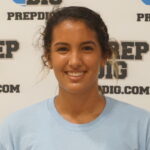 Sophia Schneider 5'10" | S Waterloo | 2023 State WI showing she can do it all for Waterloo. Championship vs Lux-Casco pic.twitter.com/k0KqLXM7Sk — Chris Fitzgerald (@PrepDigChris) August 27, 2020 So Who Wins Between The Two?  If they have to play in the championship and seeding plays out, this could be a historic match.  Between the caliber of talent, the athletes committed to bring time programs, both of these teams could compete for a state title in any class.  The edge in this matchup would go to Howards Grove.  Why?  Their serve and pass game is so strong.  The pressure they are able to put on the opposing side is so tough.  Their organization on defense and overall ball control is buttoned up, it’s tough to find an open spot.  However, Brooke Mosher

Brooke Mosher 5'11" | S Waterloo | 2021 State WI can find that open spot, if she can swing in system, her IQ along with the combination of Wolff can really put pressure on the Tigers.  At the end of the day, its state volleyball, it’s different and for many of these schools who thought the season was in jeopardy the past eight months...we made it.