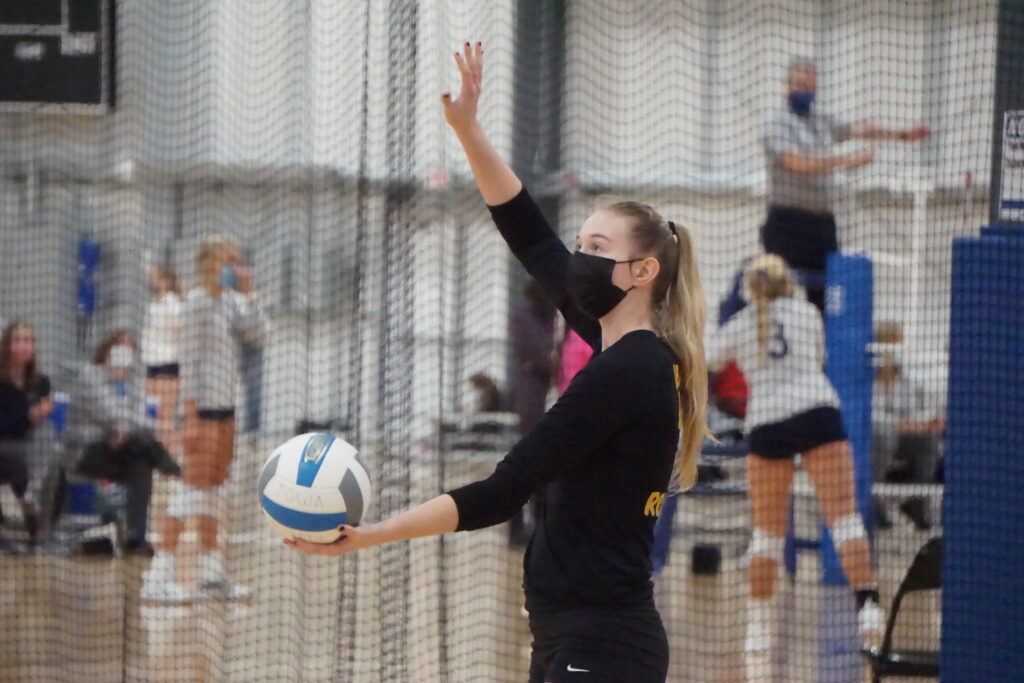 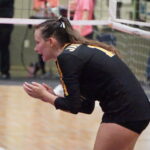 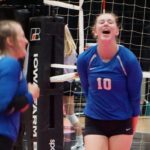 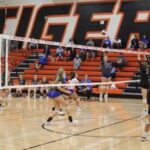 NCAA Division 2, a little bit of a foreign territory for Iowans as there is only D2 school in the state in Upper Iowa, but there is a handful from the Class of 2021 who will be playing at the D2 level.  To the North, there is the Northern Sun Conference with teams from Iowa (Upper Iowa), Minnesota, South Dakota, North Dakota, and Nebraska which is the top D2 conference in the nation.  There have been teams who are ranked in the 25 who will not get an at large bid to the NCAA Tournament due to other conferences having Automatic Qualifiers.  D2 conferences are more regional where D3 conferences are mostly based by state.  At the D2 level, athletes are able to receive an athletic scholarship and also bundle it with academic scholarships.  Each division has their own set of rules when it comes down to receiving financial rewards whether it be athletic or academic.  For more information, you can head to the NCAA Media Center where they provide information on all programs: https://www.ncaa.org/about/resources/media-center/ncaa-101/our-three-divisions

Martha Pace 5'11" | OH West Liberty | 2021 State IA and Reese Martin Reese Martin 6'0" | MB Independence | 2021 State IA will head to Fayette as part of the 2021 recruiting class.  Pace is a six rotation outside where her ball control is extremely solid and provides a scoring threat in the front and back row.  She was a big part of the West Liberty program where they went to the state tournament in 2019.  Martin will provide depth and athleticism in the middle where she could even see a spot on the right side with her ability to attack off one foot and provide a solid block.   @SCSUhuskies_vb commit Elle Scarborough Elle Scarborough 5'9" | OH Glenwood | 2021 State IA with a big swing and kill. Glenwood within one pic.twitter.com/7A5uDNWpZU — Chris Fitzgerald (@PrepDigChris) November 3, 2020 St. Cloud State Elle Scarborough Elle Scarborough 5'9" | OH Glenwood | 2021 State IA - Glenwood - SWI  St. Cloud State has been on the up and up, with practically a worst to first type story where in 2016 they were 8-21 and in 2019 they finished second in the NSIC conference tournament and a spot in the national tournament with a 25-8 record.  Elle Scarborough Elle Scarborough 5'9" | OH Glenwood | 2021 State IA who has been a standout and state tournament participant for Glenwood in volleyball and basketball will head there as a strong outside hitter who brings plenty of athleticism.  She will join another six rotation outside from Iowa in 2019 Class 3A Player of the Year, Kenzie Foley Kenzie Foley 5'11" | OH Sergeant Bluff-Luton | 2020 State IA from Sergeant Bluff-Luton.     @SMSUVolleyball commit Natalie Welch Natalie Welch 6'0" | RS Mount Vernon | 2021 State IA with the kill for Mount Vernon. Tight match. I don’t think the lead has been more than two or three points for either team. Love it! pic.twitter.com/i3QD5maQ6k — Chris Fitzgerald (@PrepDigChris) October 10, 2020   With her 12th kill Saari Kuehl Saari Kuehl OH Gladbrook-Reinbeck | 2021 State IA of G-R has 1500 kills in her career. She will be heading to @SMSUVolleyball pic.twitter.com/cIqhutYnJz — Chris Fitzgerald (@PrepDigChris) November 4, 2020 Southwest Minnesota State Saari Kuehl Saari Kuehl OH Gladbrook-Reinbeck | 2021 State IA - Gladbrook-Reinbeck - Six Pack  Natalie Welch Natalie Welch 6'0" | RS Mount Vernon | 2021 State IA - Mount Vernon - Adrenaline Located in Marshall, MN, Kuehl and Welch will join the pipeline of Iowa players to Southwest Minnesota State.  Kuehl was one of the top outside hitters in Class 1A this past season and is a three time all stater where she like Gladbrook-Reinbeck to a runner up finish in 2020.  Long, athletic, and very dynamic, Kuehl will look to contribute as a six rotation outside.  Welch has had a successful career at Mount Vernon where she won a 2019 state title and was also on the Eastern Iowa Xtreme team that won a club National USAV Title in 2019.  She will bring a strong attacking and blocking game from the right side.  [player_tooltip player_id="41244" first="Gabby" last="Gergen"] Wayne State Jazlin DeHaan Jazlin DeHaan 5'11" | OH MOC-Floyd Valley | 2021 State IA - MOC-Floyd Valley - MVP  Gabby Gergen

Gabby Gergen 5'8" | S Janesville | 2021 State IA - Janesville - Six Pack  Wayne State is another power in the Northern Sun Conference, located in Wayne, Nebraska (45 miles SW of Sioux City).  Their roster is full of prep standouts from Iowa, Minnesota, and Nebraska with two former Ankeny standouts in Alyssa Ballenger and Isabelle Vacek Isabelle Vacek MB Ankeny | 2020 State IA .  De Hahn has had a very successful career at MOC-Floyd Valley in Orange City where she is a six rotation outside hitter that brings a huge swing to the table, a definite power player who can split the block and score points in bunches. Gergen has been part of a very successful Janesville program that has included multiple state tournament appearances and a couple state titles.  She can run the show as a setter and is extremely well rounded with what she can contribute on the court from all rotations.  Katy Garrison Katy Garrison RS Xavier | 2021 State IA with the block for @IowaRockets as they start to pull away from PowerPlex pic.twitter.com/J8cYnjX68Y — Chris Fitzgerald (@PrepDigChris) March 16, 2019 William Jewell  Katy Garrison Katy Garrison RS Xavier | 2021 State IA - Xavier - Iowa Rockets Garrison has had a very decorated career at Xavier which finished as a state champion in Class 4A.  She has also been a key athlete for Iowa Rockets along with Pace.  Garrison can play on either pin where she is extremely versatile with what she can do in the front row.  William Jewell is located in the Kansas City area and is part of the Great Lakes Valley Conference, comprised of teams from Missouri, Illinois, and Indiana.  She will join fellow Iowans on the roster in Kaci Behrens Kaci Behrens MB Ankeny | 2020 State IA (Ankeny) and Anna Godfredson (Dowling).    UW-Parkside  Zoe Rus

Zoe Rus 5'10" | OH Underwood | 2021 State IA - Underwood - Legacy (NE)  Rus has had a successful career at Underwood High School in multiple sports and will continue that trend into college playing volleyball and track.  She has been an All District volleyball player as well as a state qualifier in the shotput.  Parkside is located in Kenosha, WI alongside Lake Michigan along the Wisconsin/Illinois border.  The Rangers play in the GLIAC against teams from Indiana, Michigan, and Ohio.    Nessa Johnson Nessa Johnson S Gilbert | 2021 State IA to Thea Rotto Thea Rotto OH Gilbert | 2021 State IA working all day! pic.twitter.com/cXQ1lwZiZO — Chris Fitzgerald (@PrepDigChris) November 2, 2020 Missouri Western  Nessa Johnson Nessa Johnson S Gilbert | 2021 State IA   - Gilbert - Club Ignit Select Johnson will head to St. Joseph, Missouri to play volleyball at “MO West”, which is a part of the MIAA, composed of teams from Kansas, Missouri, Nebraska, and Oklahoma.  Nessa has had a standout career at Gilbert in multiple sports where she has competed in the state basketball and volleyball tournament.  A left handed setter, Johnson can swing or set really putting pressure on the other side of the net.

What Central Team Camp Showed Us Heading Into Preseason
Featured
What New Names Will Be In The Updated Iowa 2022 Rankings?
Club
Recruiting Iowa Select 17 Mizuno
Club
5 Intriguing Iowa Class 4A and 5A Regional Finals
Featured
NICL Final Four, A Prelude To The State Tournament
Featured