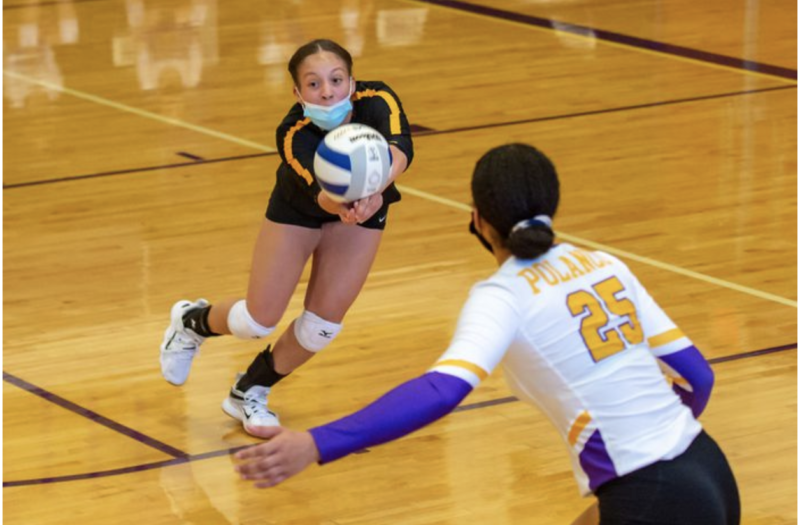 The ever-prominent Bogota is a favorite this year, despite its 11th seed ranking. As of this weekend, they are at a 6-0 record with 12 straight sets won. Led by senior Kiara Polanco Kiara Polanco OH Bogota | 2021 State NJ with 88 kills—an average of 7.33 per set—this team is sure to do some damage in the post-season.

Midland Park proved themselves with a strong season and even ended with two wins over Park Ridge (no. 2). Their offense is controlled by the mighty Julia Calderone, a senior setter averaging 24 assists per match.

Park Ridge was all but undefeated this season save their two losses to Midland Park. They could stand to face each other again later in the post-season, and this time they’ll be more than ready. With junior outside Kate Rutowski, senior middle Madison Szabo, and junior setter Kailey Levinson Kailey Levinson S Park Ridge | 2022 State NJ having perfected their offense, Park Ridge is going to have a long post-season ahead of them.

Verona has been strong for years, but the Waterman sisters have all finally graduated. Their legacy is continued by senior Megan Meehan and sophomore Patricia Rakova who split 155 kills between themselves. These two plus sophomores Fernanda Webster and Sydney Aiello have helped to diversify the offense.

Another undefeated program is Hasbrouck Heights with an 11-0 record. Leading the team in aces and with a season-high of 91 kills, senior Nicole Dallara will surely be a force to be reckoned with this week. Her 27 aces tell us she will absolutely do some damage once she steps behind the service line for her first post-season face-off.

Lyndhurst impressed with an 11-2 record thanks to the help of players like junior Stephanie Mizeski, senior Maryanne Ijeh, and senior Kiara Salme. The three of them total 222 kills for the season with the help of libero Pemba Lama (2021) and setter Jaylinn Colon (2022).

Secaucus has only lost to Lyndhurst and has a good chance of meeting them again in the coming weeks. Setter Ella Langrehr (2021) moves the ball around well helping eight other players total at least 10 kills. The diversity of her offense helps strengthen the team in more ways than one.

Wood-Ridge had momentum from the beginning of the season that carried them through ten straight victories. After taking four losses, they’ve struggled a bit, but not for long. Setter Emma Baker (2021) has 138 assists that have helped six other players achieve 11 or more kills, namely senior outside Leah Reiter with 74 total kills.