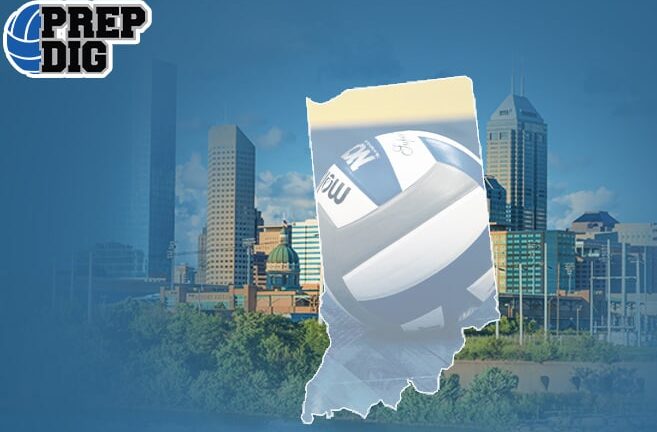 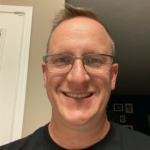 Although the Rebels are now the Royals, the expectations and talent does not change at Roncalli. Following a 22-9 season with a conference trophy AND a sectional trophy among the hardware, there’s a sense that this season could be even better than the last, and with a mixture of youth and experience to take them past the regional for the first time in a while. Here’s what I saw Saturday.

My #1 in the ’22 class for Indiana is all business once the whistle blows. She is clearly the best pure passer in the class, and anchors an exceptional defensive and serve receive corps at Roncalli. Always in the right spot, always directing traffic, Emma is the perfect person to have in serve receive when one of your charge is so young…..

…..like Logan. Coming off of a stellar season as the OH1 for Circle’s 14-1 team, Miss Bell is a six-rotation outside who makes serve receive and defense look as easy as her attacking. If there was a hole in her game, it’s that she hasn’t had the opportunity to play with older players before, making the speed of the game somewhat new. Nevertheless, Logan is fully capable of handling the pressures of being a primary passing outside at the next level, and I challenge anyone to find a more well-rounded player in this class.

I’m used to seeing Sarah in the middle, but after watching her attack and transition on Saturday, it’s almost as if THIS is her natural position. Heavy-armed and smart, Miss Lezon is another Team Indiana kid (like Emma above) that is a gym rat, through and through. Her swings are terminal, she’s big enough to make attackers alter their attacks and can step in on defense in a pinch if needed.

Another Circle kid, Faith sets from the back row and attacks from the front. As a setter, her hands are high, she locates well, and her length gets her to passes that most setters in this class just can’t get to. As an attacker, her left-handed hammer can hit all shots, and her transition is quick and long. I would say that her attacking is the “better” skill, but I would be remiss if I didn’t mention that her setting is improving. A multitalented player who does everything well is rare in this class in Indiana, and I’m not the only one who thinks so; she’s coming off of a season where she took home All-American honors from AAU’s last month.