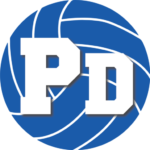 Team camps are a staple for a lot of high school volleyball teams across the nation and the state of Oklahoma is no exception. Many teams across the state made the trip to their respective team camps before the season officially starts to shake off any rust the players may have and get some great reps, play against some quality opponents and do the always important team bonding.  Many schools have been traditionally attending the Licking Team Camp in Branson for many years.  We had some personal insight from coaching sources that attended the camp and here is just a little of what we learned from the teams that attended.

Derek Jackson, Head coach at Sand Springs High School, talked to some high school coaches at the camp and which athletes stepped up and played well for them.  Here is a list of the teams and names of the athletes that played really well for each school.

Broken Arrow- The 6a powerhouse, only 2 years removed from the state championship game, played in the top division. They went 14-2 in sets for the entire camp and won the Varsity and JV divisions. Also, having the camp MVP in Sr RS/S Chloe Day.

Enid- Coach Nelson and company got better each and every day. Lauren Powell was a sparkplug leading them in both assists and kills at camp. She also earned All Camp Team.

Inola- Brooke Walker (All Camp Team) a 6’1 So MB really owned the net, while Jr Sydney Biggs and So Saige Day both chipped in from the OH positions.

Edison- A team always at the top end of the TPS conference, saw Stella Huggins, Kara O’Brien (All Camp Team), Taryn Umdenstock, and Lindsay Eckelt all contribute, having a very productive team camp going into the season.

Skiatook- 5a state Qualifier and owners of 19 wins last year, looked to Abby Decker (All Camp Team) and Finn Pieratt for a net presence and they delivered.

Catoosa, Hulbert, Metro Christian and Okay were also in attendance in the whopping nearly 90 team camp. Metro’s Carly Callaway and Okay’s Bailey Walters also made the All Camp Team.

With official practices starting Thursday July 15th, teams will be looking to continue the momentum they gained from team camp and push themselves. Oklahoma teams can play their first official matches beginning August 9thand we will be looking out for some great information from the coaches to share.

We have each of these athletes and some others on our watch list and will be udpating our State Rankings soon.  Stay tuned to see where they rank soon!

Stay tuned for more articles on your favorite athletes.  If you have anyone you think we should watch out for, please shoot me an email with some info on them at nov8vb@yahoo.com.  Also don’t forget to help these kids get more exposure by sharing our stories with your friends.  Help us help them by simply retweeting on Twitter or sharing on Facebook.  Thanks for following Oklahoma Family!