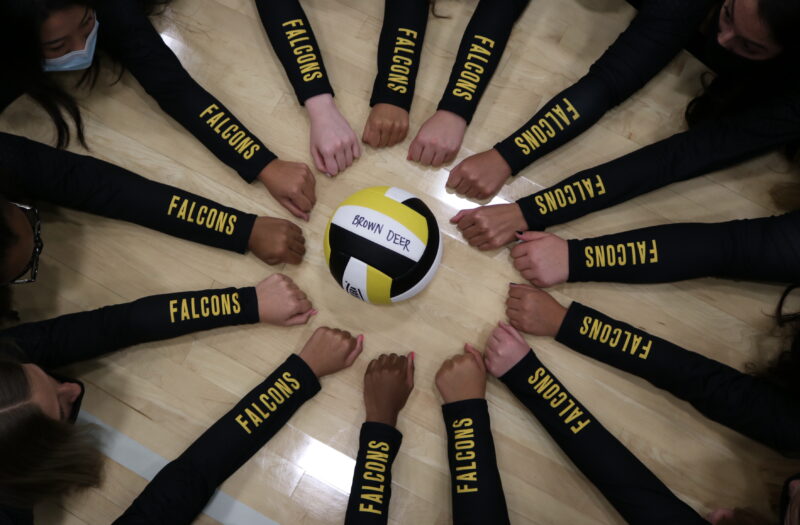 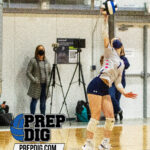 This weekend is the opening weekend for high school volleyball in Wisconsin and it is going to be a good one! West Allis will be hosting a large varsity invitational with teams from across the state! The 15 team tournament will be the first match for many teams attending! Here is a breakdown of the competition:

Brown Deer has some up-and-coming talent this year. Kill leader and middle blocker Jela Naigow will be returning for her senior season and will have a huge impact on the court for the Falcons. Senior setter Kylie Rosenberger, who led the team in aces and assists in 2020, will

This weekend is the opening weekend for high school volleyball in Wisconsin and it is going to be a good one! West Allis will be hosting a large varsity invitational with teams from across the state! The 15 team tournament will be the first match for many teams attending! Here is a breakdown of the competition:  Brookfield Academy Brookfield Academy has a very consistent team that is level-headed and has talented athletes. Sister duo Sahej Grewal (OH, 2022) and Mahek Grewal Mahek Grewal S Brookfield Academy | 2024 State WI (S, 2024) both are very talented and have high volleyball IQs. Sahej led Brookfield Academy in kills and digs in 2020 while Mahek led in assists and aces. Libero/DS Megan Grasse (2022) is very consistent on defense and was a major defensive asset in 2020. All are very impactful athletes who will be returning this year.  Brown Deer Brown Deer has some up-and-coming talent this year. Kill leader and middle blocker Jela Naigow will be returning for her senior season and will have a huge impact on the court for the Falcons. Senior setter Kylie Rosenberger, who led the team in aces and assists in 2020, will bring her experience and drive to the court for her final season. Pin hitters Kylie Waldron (2022) and Aryanna Johnson (2023) have a lot of power while libero/DS Braelynn Semo (2023) thrives on serve receive.  Cedar Grove-Belgium  Cedar Grove-Belgium has a very hard-working team. They are strong in the back row with senior Kaylee Cherney and Ava Nagerson as consistent and gritty athletes. Incoming sophomore Tara Schmitz could have a breakout season this year. She was impactful as a freshman and will only continue to improve. Tara can hit well across the net and is a great utility player for this team.  Kenosha Cristian Life This team took second in their conference last year and will have some key returners. Pin hitter Alana Lucas (2022) will be their top returning hitter. Middle/right-side hitter Lauren Duenkel (2023) is an impactful blocker, high-level hitter, and has a very competitive serve. Class of 2024 athlete Stella Marrero made waves for this team on defense and serve receive last year. She also had a massive 45 aces throughout the season. Starting setter Tori Villarrel (2022) will also be returning to this talented team this year.  Pius XI  Pius will have a really solid season this year. They have an impactful senior class who will be looking to bring in some big wins. Grace Martens is a talented six rotation outside hitter who manufactures kills and has both power and finesse with the ball. Right-side hitter Maggie Murphy is great in out-of-system balls. Pin hitter Maeve Edmunds (class of 2024) is already making a splash with her powerful line shots and is being utilized as a setter as well. Class of 2025 athlete Hope Martens will also be setting and look to be a key part of this Pope’s team very early in her high school career.  Racine Park High School Racine Park graduated a lot of seniors last year and will likely have a rebuilding season in 2021. Luckily, there will be a handful of returning athletes to lead the team including defender Keilani Trujillo (2022), right side and middle Grace Betker (2023), and middle/outside Marisa Jansa (2024).  Shoreland Lutheran Shoreland should bring in some wins this weekend at this invite. They are a steady team with a lot to offer. Setter/right side Emma Schattsneider (2023) will be a player to watch on this team. She is consistent in all 6 rotations and one of the leaders on the court. Senior Madelyn Kassulke is an effective setter, solid hitter, and aggressive server. She was a key player in the 2021 season and will continue to be impactful through this year as well. Class of 2023 middle hitter Mia Majerko could have a break-out season for this team and bring in a large number of kills and blocks.  Turner  Turner did not have the opportunity to play a lot of matches last season. DS/L Lizzy DeZwarte will be a key athlete to watch on this team. Incoming senior and pin hitter Kirsten Steffen could be a go-to player on this roster. It will be fun to watch them play this weekend.  Wauwatosa West Although their leading scorer from last season graduated in 2021, they have a great core of incoming seniors to fill that role. Pin hitter Val Koenig (2022) will have a huge season this year. She has a lot of experience on the court and earned a lot of points for West last year. Libero/DS Peyton Como

Peyton Como 5'4" | DS/L Wauwatosa West | 2022 State WI will lead the back row this year. She is a gritty athlete who is fast on the court and good in serve receive. Class of 2024 athlete Emily McCabe Emily McCabe 5'7" | S Wauwatosa West | 2024 State WI will look to grow off of her success as a setter last season. Though a young athlete on this team, Emily runs the offense very well.  West Allis Nathan Hale This was a very young team last year, with a number of sophomores on the team. This season, they have a whole additional year of experience under their belt and will only continue to improve. Leading scorer and pin hitter Marissa Konkel will return for her senior season and look to lead this team to some wins. Libero/DS Jordan Ksobiech (2023) will protect the back row and work to set the rest of her team up for success.  Middle/Right Side Bella Rivera could have a break-out season for Hale. She earned quite a few points for the team last year and will only continue to build on that success.  Other teams that will be participating in the invite include:  Cudahy Eastbrook Academy  Madison East Messmer Milwaukee Ronald Reagan