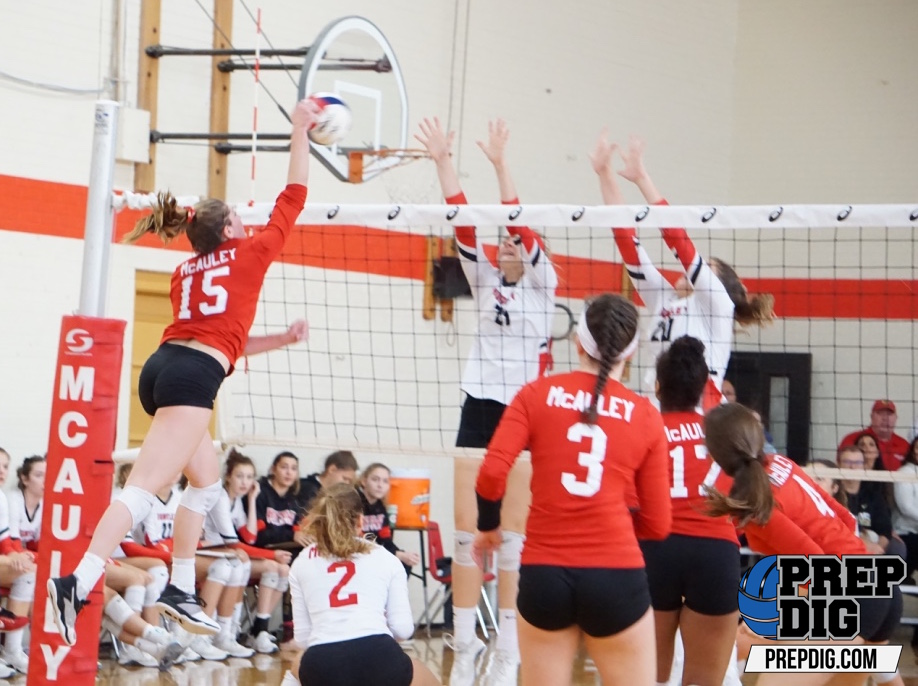 This weekend marks the return of the Asics Challenge hosted by Mother McAuley in Chicago which gathers some of the top high school programs in the nation.  Play will begin Friday with matches at Mother McAuely and Palos Courts with crossover and bracket play continuing on Saturday.

With no Asics Challenge in 2020, we rewind back to 2019 where it was two of the top teams in the nation in the championship between Marist (Chicago) and Skutt Catholic from Omaha, Nebraska.  This match featured multiple athletes who are now playing at the Division 1 level, but it was Clemson commit Camryn Hannah and the crew from Marist who prevailed over Skutt in three sets.  Skutt Catholic featured Megan Skovsende (Creighton), Lindsay Krause (Nebraska), and Allie Gray (Arizona State).

Can’t say enough about both teams – gritty, passion, and a whole lot of heart. @RedHawkVB wins the match with a set two score of 28-26 over @SkuttCatholicVB pic.twitter.com/v2mqrBId9L

Prep Dig will be on-site at Palos Courts Friday night and Mother McAuley all day Saturday.  Following along @PrepDigChris on Twitter with articles and photos to come following the event.