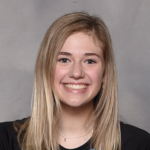 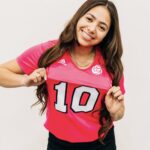 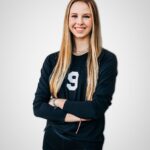 The 2022 club season is starting to wind down in the state of Texas as most teams will see limited playing time in the next weeks as they finalize their preparations for next month’s 2022 USAV Girls Junior National Championship in Indianapolis.

A lot has been shown over the last six months as familiar names confirmed our positive impressions about them and new names were added to our rankings and watchlists in every corner of the Lone Star State.

Some tournaments are still going on, though, and we, at Prep Dig, are determined to not waste any opportunity of spotting a new prospect and giving visibility to those who stand out and deserve our recognition.

This past weekend I was at the WSC Classic #9, which was held at the popular Willowbrook Sports Complex in the Houston area, and reunited 12 teams in its hybrid 17s/18s division. We’ve identified some names that deserve to be in the spotlight and used this week to do it. As our positional breakdowns are now complete, it’s time we reveal our Prep Dig All-Tournament Team.

Savannah Jennings 5'10" | S Rosehill Christian | 2023 State TX combination of size, talent and a very high volleyball IQ made of her the best setter in the tournament in our eyes. The TX Legacy 17 Elite playmaker was in excellent form during the day, masterfully running her team’s offense with good ball distribution and outstanding decision-making. Jennings, who’s 5’10”, is also a solid blocker and a productive backcourt player.   Samantha Rabius – Right Side - Texas Triumph 18s – HS: East Bernard – 2022 We saw Samantha Rabius do a little bit of everything with her Texas Triumph 18s team, from setting to blocking in the middle, but as rotation wise she as a right side, that’s where we’ll have her in our team. A six-footer, she’s an excellent hitter, making great use of her great reach and her heavy right arm. She’s very effective with her offensive actions and is also an imposing blocker, using her long right arms well to take up space at the net.   Peyton Sedlacek – Outside Hitter - TX Legacy 17 Elite – HS: College Park – 2023 An excellent two-way player, Peyton Sedlacek did everything one would expect of an outside hitter. Extremely competent with her passing and defensive game, the 5’9” Sedlacek added a lot of stability to the team’s backcourt while also proving to be a productive player at the net. She’s a good jumper and has apparently endless alternatives to score points.   Kaitlyn Davis

Kaitlyn Davis 5'9" | OH Tomball | 2024 TX has also proved to be extremely consistent. It was the third time I saw her play in a few weeks and she’s always delivered efficient performances, proving to be an asset on both sides of the ball. The 5’9” Davis is very technical, but also greatly explosive and can hit a lot of different sets on the left. She’s also very intelligent in using her skills in the best possible way in every situation she’s faced with.   Rachel Nordt – Middle Blocker - Catalyst 17 Green – HS: Fulshear – 2023 As a middle blocker, Rachel Nordt got to greatly impact the game with her Catalyst 17 Green team. She had an excellent presence at the net, being a consistent and reliable scorer for her team, and also an effective blocker. The six-foot Nordt also impressed with her ability to contribute on the backcourt, where she helped the team with passing and defense.   Sofia Grimm – Middle Blocker - TX Legacy 17 Elite – HS: Cypress Creek – 2023 More of a net patroller, Sofia Grimm made a big impact at the net for her TX Legacy 17 Elite team. Standing at 6’2”, she used her length and wingspan to control the action. Extremely mobile, Grimm had a solid presence with her blocking, using her length to put pressure on opposing hitters. She also proved to be a more than viable offensive option, especially when hitting her preferred slide set.   Anahi Alvarado

Anahi Alvarado 5'4" | DS/L Tomball Memorial | 2024 TX had another productive tournament with the team. She rotated between the libero and defensive specialist spots, but regardless of her positioning, delivered consistent production on the backcourt. Very technical and quick, the 5’4” Alvarado thrives for her positioning and ball control.