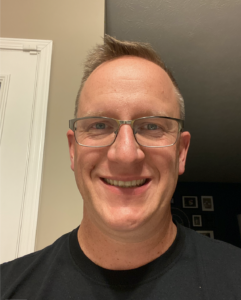 Kyprian Harasymowycz is the first writer/recruiter for PrepDig Indiana. He has refereed in high school, club and college since 2014. Currently, he is a Junior National certified USAV referee, regularly working major JVA events, USAV qualifiers and USAV Nationals for both the girls and boys sides of play. In high school, he has worked four boys state quarterfinals as an assistant scorekeeper, line judge and a referee and was a line judge in the Indiana Boys High School State Championship in 2017. In collegiate officiating, he is a PAVO National Line Judge, and works for the Big Ten Conference, the Missouri Valley Conference, the Great Lakes Valley Conference (NCAA II), the Heartland Conference (NCAA III), the University of Louisville, IUPUI and Butler. He is also a PAVO State referee, and refs in the Missouri Valley Conference, the Heartland Conference and the Crossroads Conference (NAIA). He has worked four NCAA I postseason tournaments, including making the Final Four in the fall of 2019 and the spring of 2021. Prior to his referee career, he coached high school, club and college volleyball for 19 years. His highest accomplishment was being on the coaching staff for the University of Indianapolis’ (NCAA II) first ever run to the Elite Eight in 2009. He was also on the coaching staff at Missouri State University (NCAA I) during the 2010 season. He is proud to have coached Cheneta Morrison, two-time NCAA II All-American, and Matt Anderson, current US Men’s National Team player and professional player for Modena in Italy’s Primera Liga. In all, Kyp has played, coached and reffed volleyball since 1985, and is a proud native of Getzville, NY, just outside of Buffalo. He currently resides in Greenwood, IN, a suburb of Indianapolis, with his wife, Courtney, his children Kendall and Owen, and their fur baby, Lucy. Another lovely puppy will arrive in April 2020, and her name is Luna.

See all articles by Kyp Harasymowycz