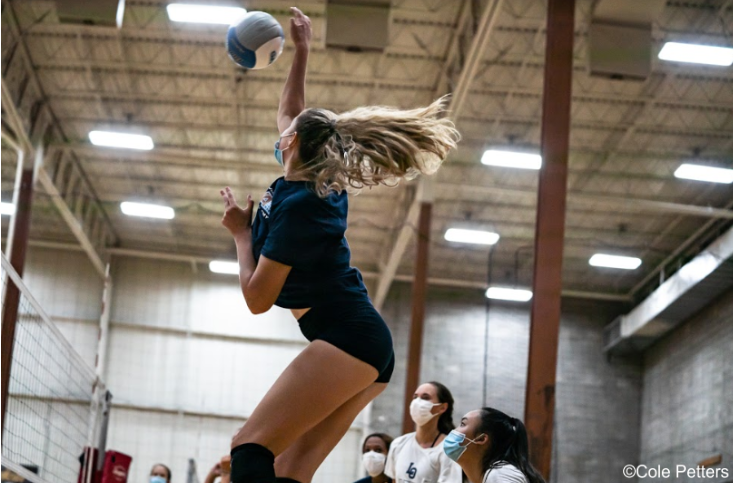 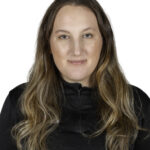 Over the weekend I had the privilege of covering the PrepDig/Baden Pacific Northwest Invitational Training Camp. The camp was structured to bring the best athletes in Oregon and Southwest Washington into one facility and let them compete. With COVID-19 the opportunities for athletes to compete have been severely limited, so this was a great chance to get the best of the best in one place. While some players were not able to attend, the Courts were filled with forty-seven incredible volleyball players. Be on the lookout for content coming highlighting players in attendance.

Below are the senior attackers who represented their class and position well at the camp. 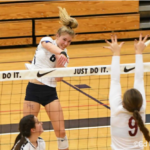 What makes McClellen such a special player is her ability to bring up the level of intensity by being an encouraging presence both on and off the court. She always brings up the communication and level of competition, but the energy change when she is on the court is noticeable. In terms of her play, her ability to read the court and place the ball exactly where it needs to be, while still being powerful and explosive makes her lethal. And watch out for her in the back row, as she is just as dominant there. Recruited to play for the University of Oregon as a defensive specialist, she reads the attack very well and is able to react quickly to pick the ball up on defense.

Check out her powerful back-row attack!

She has helped the Canby High School Cougars become a dominant program, starting all three seasons for them. Awarded Three Rivers First Team All-League all three years and winning Player of the Year 2019 for the Three Rivers League, she has solidified her legacy within the Canby volleyball program. With McClellan playing all six rotations for the Cougars, they advanced to the semi-finals in the State tournament, finishing third, a first for Canby volleyball. She was awarded First Team All-State as well for her play during the State tournament.

Last club season, she was one of three juniors on the Oregon Juniors Volleyball Academy 18-1 National team. 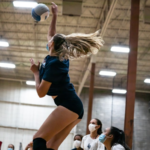 What makes Klein such a special player is the explosiveness behind her attack. She is never afraid to rip at the ball no matter where she is on the court. Also an impressive blocker, she is truly a wall for her opponents. Often not seen in high school level play, Klein has a lethal topspin jump serve.

Check out her explosive outside attack!

Klein, a two-year varsity starter for the Wilsonville High School Wildcats, uses her 6’1” stature as a pin hitter to her advantage. She was awarded Northwest First Team All-League and Second Team All-State for the 5A tournament. This past season the Wildcats advanced to the Championship game but lost to Ridgeview. Although the Wildcats did not finish the season how they wanted, she was named Player of the Game for her incredible play.

Last club season, she was one of three juniors on the Oregon Juniors Volleyball Academy 18-1 National team. Clarissa Klein 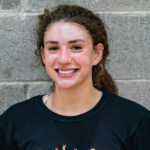 What makes Sells such a special player is the power behind her attack. Her armswing is so insanely fast, that when she swings the ball comes at defenders at such a velocity it is hard to receive. Beginning her career, she played in the middle given her insanely high vertical but has since transitioned to an outside attacker given her solid back-row play. A versatile player, she even had to step into a setter position for her high school team.

Check out her lethal line shot! 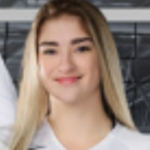 What makes Traxler such a special player is her athleticism she brings to the court. She is a versatile athlete (competitive gymnast turned volleyball player) who started out in the middle but transitioned to an outside hitter role recently. She is a smart attacker who knows when to swing away and when to place the ball in the deep corners using smart shots.

Even though Traxler did not start playing volleyball in eighth grade, she made significant improvements in such a short span of time that she made varsity as a freshman for the Sandy High School Pioneers. She has been an impact player for them since her Sophomore season, being awarded Mt. Hood Second Team All-League in 2018 and 2019. 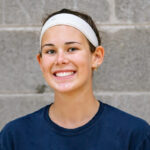 What makes Joyce such a special player is her high vertical and great court sense. She started out as a middle blocker but recently transitioned to the outside. She has a sneaky line shot using the classic thumb up/pinky down shot that proves challenging to read for defenders.

Check out her bouncy outside attack!

Although this was Joyce’s first season for the Lake Oswego High School Lakers, she was an impact player for them. Her ability to play any position across the front row with ease secured her Three Rivers League Honorable Mention.