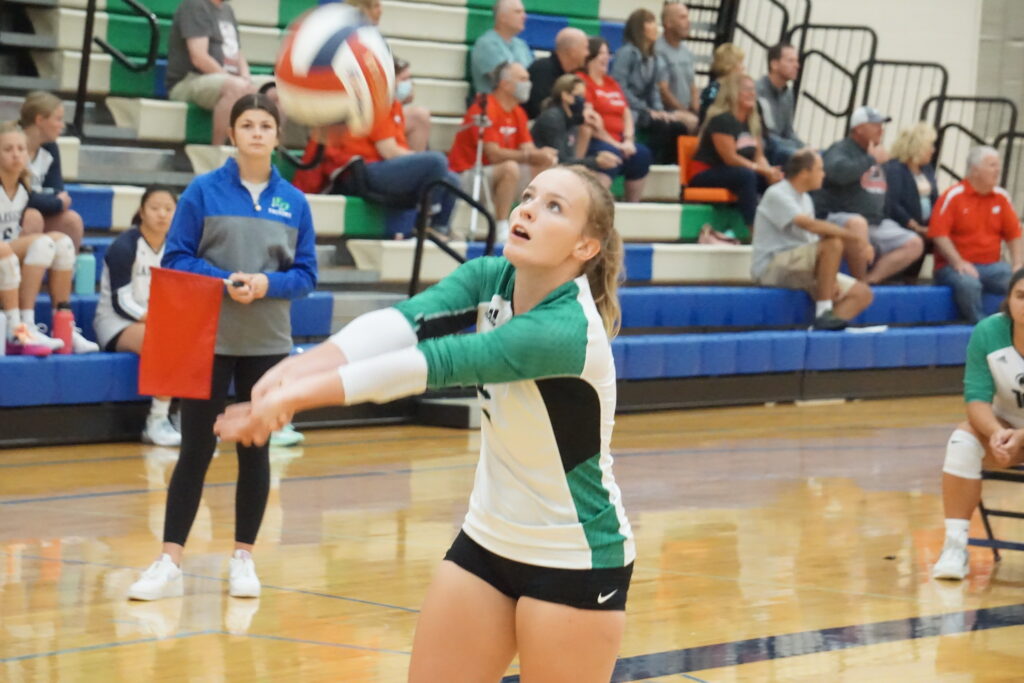 To the outsider, that’s what volleyball looks like, but to people involved in the game, rarely will you hear “Bump, Set, Spike” in a serious manner. As we grow the game of volleyball with participation numbers rising and more coverage on TV, the more we need to educate the audience as well as those who are broadcasting and writing about the game (we could always use more writers in the game).

This is a little beyond Volleyball 101, it’s more so a 200 or 300 level class that would enhance your knowledge beyond the basics. Coaches and SID’s, please share this with your media people from print to broadcasting. This will be a series talking about different topics in volleyball and raise awareness of the terminology and the best way to use it, along with the strategy behind the game. 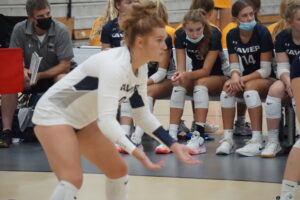 Platform Passing: the athlete passes the ball with their “platform” bringing their forearms together. This happens most likely in the first contact where the defensive player is passing the ball to the setter

Overhead Passing: the athlete is passing the ball with their hands over their head. But, what if there is a spin after they contact the ball? Isn’t that illegal? Not on the first contact. The rules are pretty loose when it comes to the first contact (you just can’t lift the ball). A pass with the athlete’s hands up and above their chest is legal.

Tempo: this can be used for passers and setters. Tempo essentially means speed. What is the tempo of the pass? What is the tempo of the set? Coaches will use the term “fast tempo offense” where they want the ball getting to the setter quickly and the setter can run a high tempo offense. However, in order to do this, the passing has to be on point for all of this to happen.

What Is The Strategy on Defense?

I had the opportunity to play multiple sports growing up and fortunately, I am able to relate volleyball to other sports I have played.  As far as a defensive set up or scheme, athletes do have a defensive spot they play (think baseball/softball) and they have a certain area that they cover (think zone defense in basketball).  Every team most likely has adjustments they make and certain principles they have for their side of the net, however, here are two basic defensive schemes.

Who plays these defensive positions? 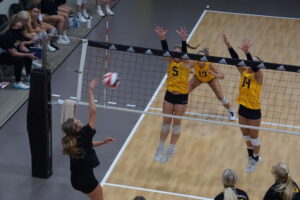 Right Back – when the setter is in the backrow, they will play right back defense because it is the easiest spot for them to transition to the front row in order to set.

Middle Back – this will most likely be played by the outside hitter (sometimes the libero).  They need to read what the attacker is going to do as well as if there is an opening in the block.  They are also available for a backrow attack

Left Back – Most teams will have their libero in left-back and the libero has “Center Field Principles”.  For any baseball or softball background, the centerfielder always can call off the other outfielders.  Liberos have the green light in being able to pass as many balls as they can.

The middle of the court and corners.  Many times attackers will go for those spots, It’s impossible to cover 100% of the court.  This is where teams will take a shot chart (like in basketball or a hitting chart in baseball/softball to pick up on hitter tendency).  This is the chess game within a game.

I see teams play this defense most often when they are playing a really talented outside hitter.  There is more coverage on the line and with the right back playing up they can cover plenty of tips over and around the block.  The off-block defender can also drop back and help defend a swing as well.

Middle back.  The corners are covered, but if the attacker can hit over the block to the middle back it should be wide open.  Again, it is a chess game and teams might be trying to lure others to hit to a certain spot (especially if they have been scouted).  There might also be times where teams want to utilize their best defender (or hide their worst defender).

It’s All About Serve Receive

I have a lot of people ask me about the scouting report for this team or that team and I will be super honest and say, “It doesn’t matter if you can’t serve receive”.  Serve receive is tough, having a ball float like a knuckleball and to pass it to a specific spot is a skill that has to be trained properly and repeated.  Teams will typically have three serve receivers and one of the three will be an attacker.  The key in serve receive is to put your best passers in a position to make the first touch and hide the ones who can’t.  Teams will call out serving zones to their servers (coaches will give a number or signal – think catcher to a pitcher) so servers know what type of serve to go after a certain spot on the court.  They will do this to expose weakness in the serve receive game, disrupt the setter, or try and tire out the top hitters to get them flustered from attacking.  Again, this is all a game within a game.  If teams can win the serve and serve receive game, the chance of them winning the match are greatly increased.

Stayed Tuned!  Next week we talk about the attackers!